In May the „Dentsply Sirona Global Supplier Forum 2022“ – a high-grade supplier forum – took place for the second time on a virtual level. Dentsply Sirona Inc. was founded in February 2016 by a fusion of DENTSPLY International (USA) and Sirona Dental Systems (DE). Since then it has been the largest producer for dental products and technology worldwide with an annual turnover of more than 4.25 billion dollar . Moreover it is one of our major customers

At this meeting the managers of Dentsply Sirona held their presentations online in front of more than 200 major suppliers who were connected via their computers worldwide.

In 2021 Dentsply Sirona launched its new „Supplier Awards Program  for extraordinary Partners“ The suppliers have the possibility to take part in this competition. The criteria for this award program are based on the purchasing targets of Dentsply Sirona: sustainability, quality, delivery performance, innovation, partnership and diversity.

For the application myonic closely worked together with the relevant purchaser for several months in order to be able to submit all necessary documents in due time.

Out of around 12,000 suppliers only 70 companies were nominated for the title „Extraordinary Supply Partner“. Only one of them was awarded in each of the seven product groups for „direct material“.

myonic was awarded in the category „Rest of Spend“ in which above all products made of steel and metals, e.g. bearings, are combined.

Award for extraordinary Performance
The responsible director, Todd Dunn, emphasized the excellent partnership of our companies in development in his video message in addition to the excellent delivery and quality performance. Our clear concept to become climate-neutral by the year 2030 was especially accentuated.

A few months later the Dentsply Sirona Team handed us over the award personally which was an even greater experience.

We cordially say thank you for the successful and good cooperation for so many years. 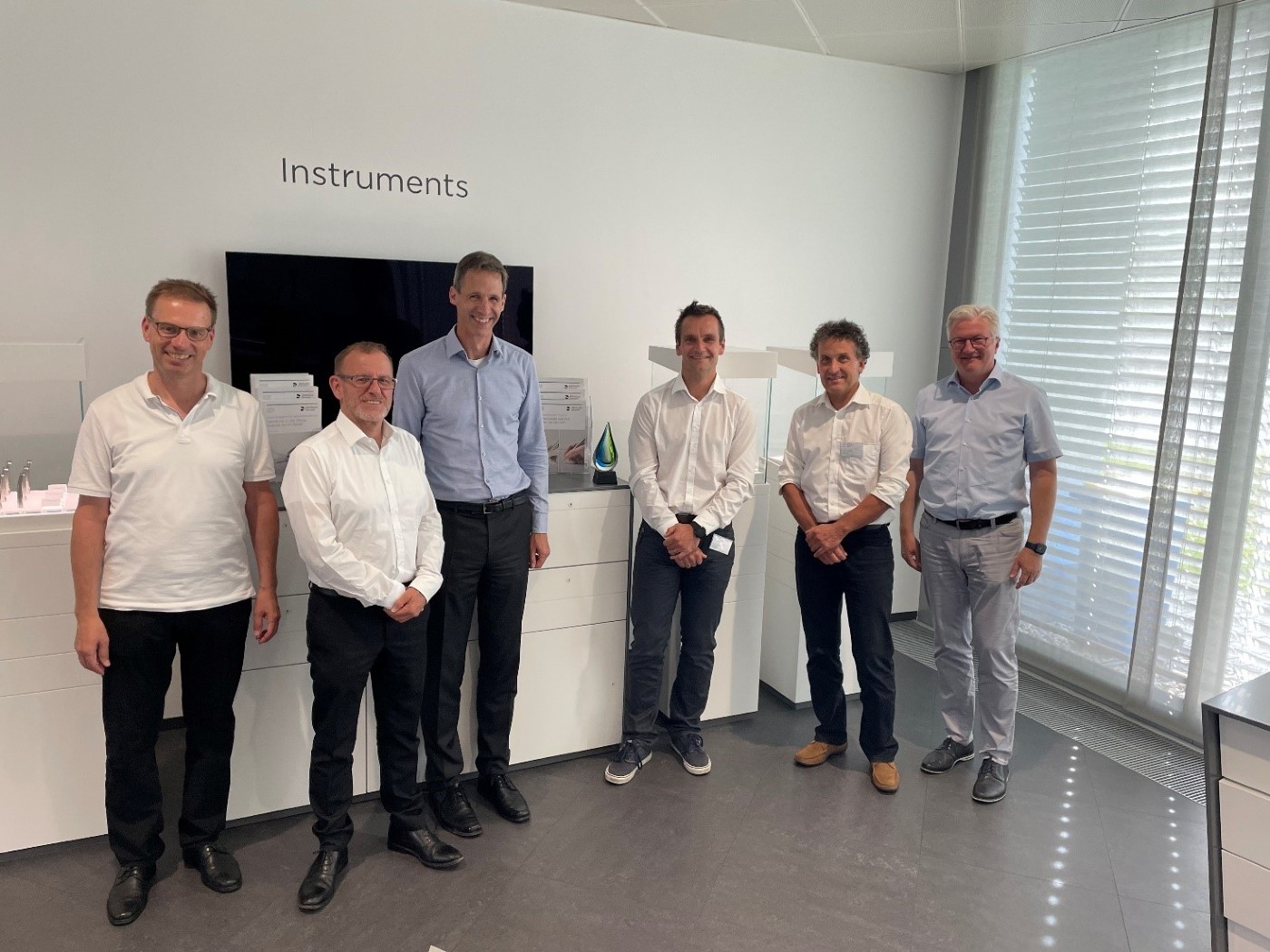 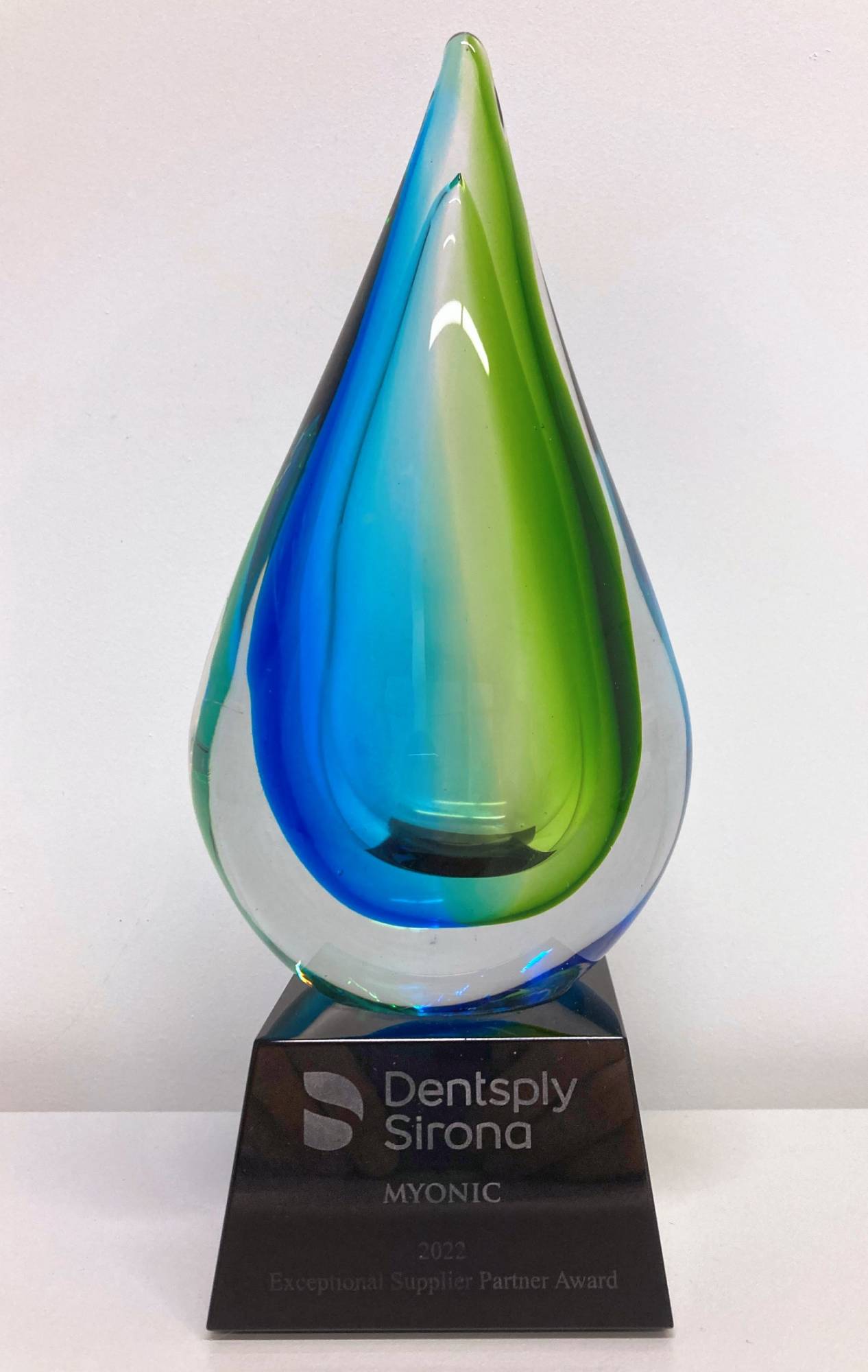 We use cookies (also from third party suppliers) in order to collect information on how visitors are using our websites. These cookies help us to provide you with the best possible online experience. By clicking the button “accept all” you agree to the use of cookies. For further information and different choices please turn to:
Manage options Manage services Manage vendors Read more about these purposes
Einstellungen anzeigen / show settings
{title} {title} {title}
Go to Top