We congratulate the myonic beach volleyball team on the silver medal at the company tournament of the ALSO-Festival!

The beach volleyball tournament of the companies in Leutkirch took place within the „Altstadt-Sommer-Festival (ALSO) (summer festival in the historic center) on August 5 and 6, 2021.
A total of 12 company teams competed with each other. In the finale, the myonic team consisting of Sabine Dentler, Adrian Hiller, Gebhard May and Jens Räth could even hold ground against the strong winning team of the elobau company in one set. At the end the myonic team reached 2nd place followed by the beach volleyball team of the Volksbank Allgäu-Oberschwaben on 3rd place and the team of the Schwäbische Zeitung ranking on place 4.

We are so proud on you! 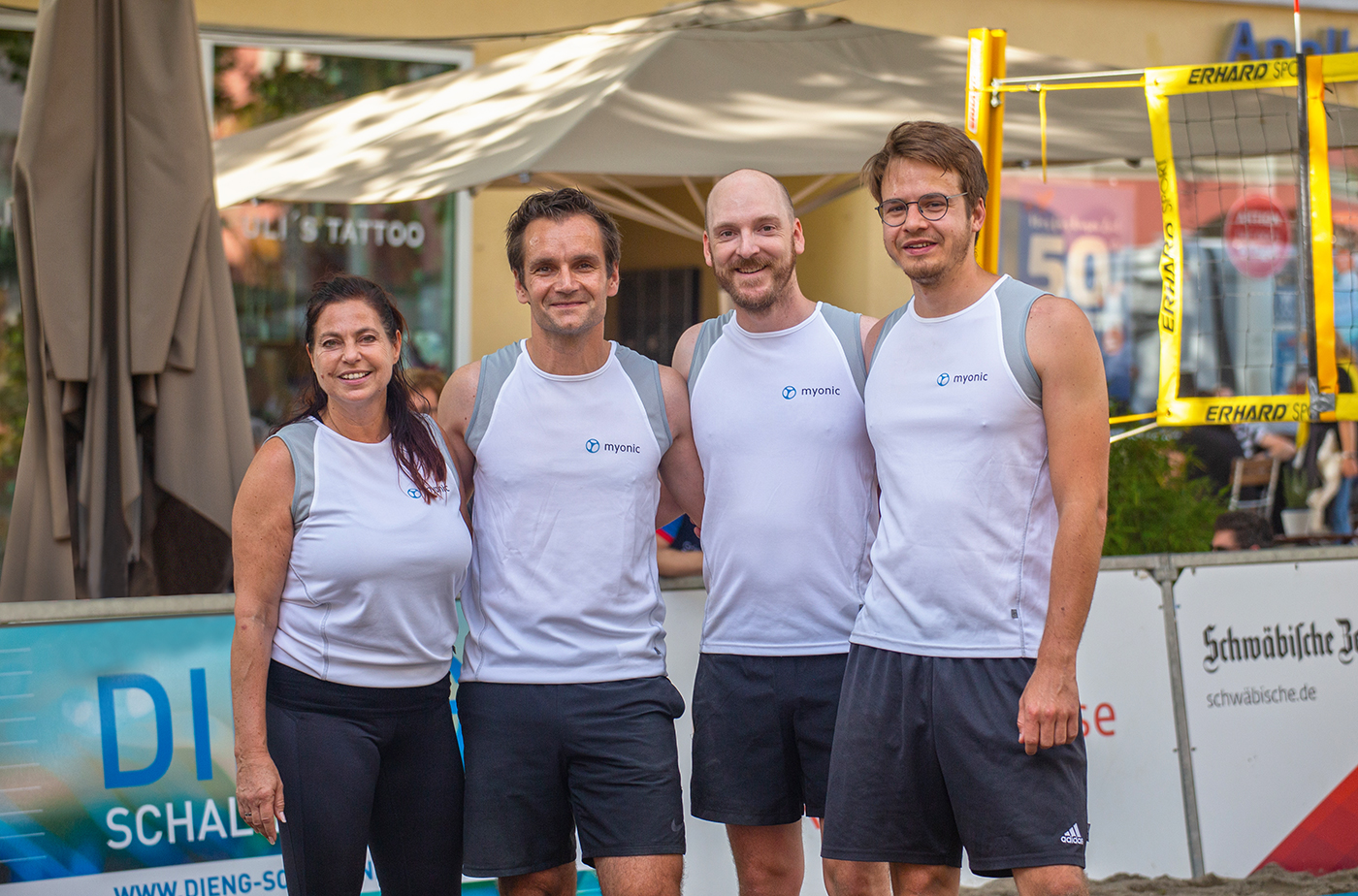 Tribute to our Employees 2021

For many years the myonic employees have been firmly committed to our company, have [ ... ]

We would like to thank all our customers, suppliers, partners [ ... ]

We at myonic are expanding the technical support for our customers in cooperation with [ ... ]

We use cookies (also from third party suppliers) in order to collect information on how visitors are using our websites. These cookies help us to provide you with the best possible online experience. By clicking the button “accept all” you agree to the use of cookies. For further information and different choices please turn to:
Manage options Manage services Manage vendors Read more about these purposes
Einstellungen anzeigen / show settings
{title} {title} {title}
Go to Top